Kidney stones are one of the most common disorders of the urinary tract. Passing a kidney stone has been described as one of the most painful experiences and is a common cause for emergency room visits. This affliction has been seen throughout human history, affecting such historical figures as Caesar Augustus, the first Emperor of Rome, Napoleon, Michelangelo, and celebrities such as Bill O’Reilly, Kiefer Sutherland, and Billy Joel. Adam and Eve could have suffered from kidney stones after that apple thing – of course, that’s just speculation. Even animals, such as dogs, can have kidney stones, as I can personally attest to from our family’s pet corgi.

Kidney stones are more common in developed nations. In the United States, those of us living in the “Sunbelt,” the southeastern and southwestern states, are at higher risk for developing stones than those living in other parts of the country. Stones are more prevalent in Caucasians.

Stones are more prevalent in middle- age or older men. If someone in your family has kidney stones, you’re more likely to develop stones.

Most tiny kidney stones pass entirely through the urinary tracts, causing severe pain. Larger stones greater than 4 mm in diameter can result in obstruction, infection and blood in the urine.

Stones form from crystals that precipitate out of the urine. Normally, the urine contains chemicals that prevent or inhibit this from happening. However, for some people, these inhibitors are diminished or do not work properly. Dehydration concentrates the urine and can predispose to stone formation. The most common stones contain calcium in the form of calcium oxalate or calcium phosphate. Less common stones are formed from uric acid and cystine, an amino acid. Struvite stones are associated with infection and can cause large stones that take shape of the collecting system in the kidney called staghorn calculus, so named because they look like deer horns.

Symptoms usually consist of severe pain in the back that radiates into the groin. There can be pain with urination, blood in the urine, and nausea and vomiting. Fever and chills can occur if infection is present. When patients present to the emergency room, the mainstay of imaging for stone disease is computed tomography, or CT scan. These scans can detect stones that may be stuck anywhere along the urinary tract and can detect any significant obstruction allowing for more precise therapy. The scans can also detect other things that can mimic stone disease, such as appendicitis or ruptured ovarian cyst.

Blood tests are usually performed checking for any excessive calcium or uric acids in blood and monitoring kidney function. Urine test may be performed for stone forming minerals and stone inhibiting substances.

Finally, patients may be asked to strain their urine for stones in order to analyze the stone for its chemical makeup. All of this helps your physician formulate appropriate therapy.

Initial treatment in the emergency room usually consists of hydration and pain relief. Many small stones will pass with this therapy alone. However, larger stones may require surgical/interventional procedures. Fortunately, surgery is usually not necessary. For most people, simple hydration can help prevent and treat most stones. Dietary restrictions and medications may be indicated. Uric acid stones may require a medication called allopurinol and altered diet.

Cystine stones form in people with a hereditary disorder that causes the kidneys to excrete excessive amounts of the amino acid cystine, and are more difficult to treat. Struvite stones are treated by removing the stone and treating the infection. Certainly, this is not an all-inclusive list and consultation with a physician is advised. 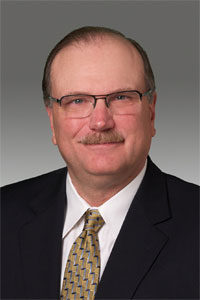