The thyroid is a butterfly-shaped organ located in the neck just below the thyroid cartilage (Adam’s apple). It gets its name from the G reek word for “shield,” after the shape of the related cartilage. The thyroid produces thyroid hormone, which helps control the body’s metabolism by regulating how quickly the body uses energy. Thyroid hormone also controls how sensitive the body is to other hormones. Important thyroid dis.eases include hyperthyroidism, hypothyroidism, thyroid nodules and cancer.

In hyperthyroidism, the thyroid produces more hormone than the body needs. It is more likely to affect women, and is more common in younger persons. More than 70% of hyperthyroidism is caused by Graves’ disease, an autoimmune disorder in which antibodies are produced that attack the thyroid and release extra hormone. Another cause is toxic nodular goiter, where multiple thyroid nodules enlarge the gland and produce excess hormone. Thyroiditis, inflammation of the thyroid, can cause initial increased hormone levels, followed by decreased levels. Post-partum thyroiditis occurs in 5% of women following childbirth. This produces initial hyperthyroidism, with subsequent hypothyroidism. The majority of these women return to normal function.
Hyperthyroidism caused by Craves’ disease or toxic nodular goiter is most often treated with a single dose of radioactive iodine. Given in pill form in the Nuclear .Medicine Department, this iodine is taken up by the thyroid, where the localized radioactivity eventually removes all thyroid tissue from the neck. Once this happens, a daily dose of thyroid hormone (Synthroid) will need to be taken.

Thyroid nodules are small growths in the gland and are very common.
The incidence of nodules increases with age and is more common in women. Nodules are present in 50% of 50 year olds and 70% of 70 year olds. Approximately 95 to 99% of all thyroid nodules are benign.
Usually they do not produce symptoms, and are often discovered during physical exam. Ultrasound is accurate for detecting and characterizing thyroid nodules.
Nodules which are not clearly benign by ultrasound criteria are eligible for fine needle aspiration (FNA). This is performed using ultrasound guidance. Benign results typically need no further follow-up. If cancer is discovered, surgical consultation is necessary. The most common types of thyroid cancer are treated with surgical removal of the thyroid, followed by treatment with radioactive iodine which removes any remaining thyroid tissue. This treatment is also effective at removing any thyroid cancer cells elsewhere in the body. While individual cure rates vary, depending on stage of the disease at time of discovery, overall cure rate for properly treated common types of thyroid cancer is high, at approximately 97%. Periodic low dose radioactive iodine scans of the whole body are typically performed to ensure the absence of any residual cancer. Certain laboratory tests also serve this function. 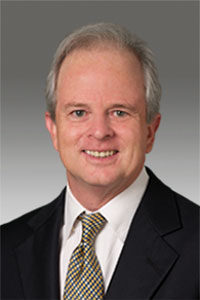