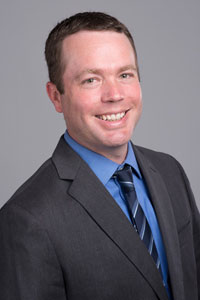 What is Juvenile Arthritis?

Juvenile idiopathic arthritis (JIA) is a group of diseases that cause arthritis before the age of 16 years.  It can cause persistent joint pain, swelling and stiffness.  For some children symptoms only last a few months but others have symptoms that last many years.

Juvenile idiopathic arthritis can affect one joint or many. The most common type affects four or fewer joints.  There are also polyarticular types that involve more than four joints and a systemic type that is more serious and causes abnormalities such as fever, lymphadenopathy, organ dysfunction, and rash.

Juvenile idiopathic arthritis is an autoimmune disease in which the body attacks its own cells and tissues.  The cause is not known but genetics and the environment are both thought to play a role.  The prevalence of the disease is approximately 16-150 per 100,000 children.

Imaging is important to diagnose and monitor the course of the disease.  Radiography (x-ray) is often the initial imaging exam but is insensitive for early findings of JIA.  However, radiography is necessary because it can exclude other causes of joint pain such as tumors or fractures.  It can also detect advanced changes of arthritis such as erosions, joint space loss, and joint effusions.  Contrast enhanced MRI is the most sensitive modality to detect early changes of JIA such as inflammation of the lining of joints (synovitis), joint effusions, and bone marrow edema which is a precursor to erosive change. Ultrasound (US) is also more sensitive than radiography for early changes of JIA and can detect synovitis, joint effusions, and tenosynovitis (inflammation of the tendon sheath).  Both MRI and US can used to monitor treatment response and progression of JIA.

Although JIA remains a clinical diagnosis, imaging is key in excluding other causes of joint pain and swelling, aids in diagnosis, monitors disease progression and treatment response, and evaluates for complications of JIA.  Given the new powerful therapeutics the goal of JIA treatment is suppression of joint inflammation before the development of irreversible cartilage loss.