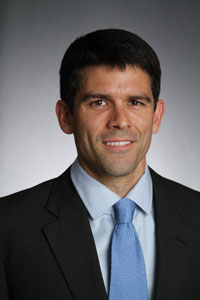 November is designated lung cancer awareness month, and greater awareness of cancer’s top killer is sorely needed in the United States. The numbers tell a staggering, and perhaps underappreciated tale of lives lost annually. Most, if not all, of us know someone who has been taken too early by breast, colon, or prostate cancer, which are all too common and deadly. However, lung cancer is in a league of its own and kills more than these 3 combined each year.

Prevention is best, no doubt about it. But a brief, painless, noninvasive CT scan to look inside the lungs of patients and find lung cancer early is a great option too… right? Well, nearly a decade after first recommended for the detection of lung cancer, CT screening rates in the population remain stubbornly low. The American Lung Association reports that in 2019 only about 5.7% of the eligible population was screened. While the trend is in the right direction, there remains a vast population of high risk, unscreened patients.

However, a recent development could push the trend further in the right direction.  In March 2021 the United States Preventive Services Task Force (USPSTF) revised its original 2013 guidelines for lung cancer screening to include a broader group of at-risk individuals. Eligibility was expanded to include adults aged 50-80 with a 20-pack year history of smoking (previously age 55-80 and 30 pack years). Estimates suggest the new guidelines could increase eligibility by greater than 80%. This is welcome news for patients and providers looking to detect deadly lung cancers at an earlier stage and with better outcomes. If greater awareness and eligibility translate into more lung screening action then we could see some real improvements.

Breast Cancer and Covid-19: The Importance of Returning to Screening